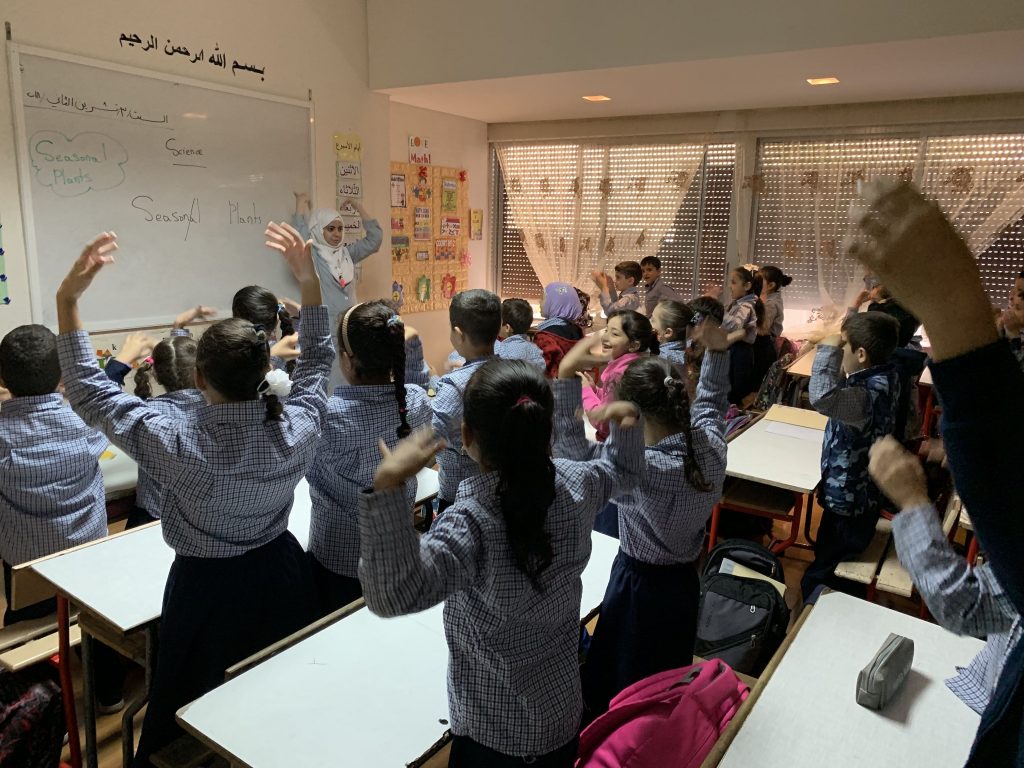 For years the Schöck-Familien-Stiftung has been supporting various Syriahilfe e.V. projects, which provide direct and personal help for refugees inside and outside of Syria on a voluntary basis.

Since 2017,  also  involved in a school project in Beirut, Lebanon, by Syrian refugees for Syrian children, which now has almost 600 students.

A school director from Syria, who had to flee to Beirut with her family, was very concerned about the countless children and young people who will have to remain without any educational opportunities worth mentioning for unforeseeable years. In order to protect at least some of them from a lack of prospects and the lure of crime and extremism, she mobilized several other Syrians and founded a school.

In the beginning, classes were run in two shifts: the younger children in the mornings and the older children and young people in the afternoons in cramped classrooms. In the summer of 2017, thanks to financial help from Germany, a second building was rented and gradually converted with a lot of personal work. This now accommodates the pre-school classes, classes one and two as well as additional toilets, a computer laboratory, library, sun protection, a playground and much more

Since living in Lebanon is very expensive compared to Syria, the teachers were far from able to cope with their salaries and some left the schools. That posed a big problem. That is why the Schöck-Familien-Stiftung has been financially supporting an increase in teachers’ salaries since 2018.

In the summer of 2020, after years of effort, the school finally received registration and huge sums no longer have to be paid to have the students’ degrees officially confirmed.

“In November 2018, I (Felicitas Schöck) was able to experience with my own senses how much commitment this clever, creative and lovingly strict director and her employees take care of the Syrian families stranded in Lebanon. The care of the school management extends beyond the lessons to the families with their sometimes complex everyday problems.”

Since 2019 also the support of two more projects for Syrian refugees in Beirut:

In a center, Syrian refugee women learn the tailoring trade in their own workshop, while clothes are also made and sold at the same time. In addition, cooking courses are held and various non-perishable dishes are sold. This gives the women the opportunity to earn money and support their families.

When a good team of helpers was formed for this center and everything worked well, its director realized a second dream and founded a training center for young men. Here they can carpenter, locksmith, upholster, repair computers and learn other things.

Education for orphans in a refugee camp in north-west Syria :

The camp is right on the Turkish-Syrian border and is one of the largest refugee camps in the region. With our financial support, Syria Aid started an education project there in November 2020, which focuses in particular on orphans.

There are no schools in 77% of the camps. So far, 242 schools in the region have been destroyed by military attacks, 61 of them by air raids (as of 2020). Half of the remaining schools consist of tents. The orphans are particularly affected, as they are hardly cared for or supported.

The Syrien Hilfe would like to reach around 600 schoolchildren with this further school project. For many of them it will be the first time and the only opportunity to attend school. They are taught Arabic, mathematics and English, among other things, and many activities such as sports, painting and handicrafts are carried out.